The Faroe Islands are located in the middle of the North Atlantic Ocean, halfway between Norway and Iceland, North of Scotland. The archipelago consists of 18 islands with 54,000 inhabitants in total, and it is electrically isolated from other countries.

© SEV – the power company of the Faroe Islands

Find out more about the specific challenges on the Faroes‘ way towards 100% renewables – such as the isolated geographic position, balancing and storage options, e-mobility and the electrification of ports – in some short video clips. Click in!

Introduction to the Utility Company SEV

The Power Company SEV was founded on the 1st of October 1946 and is obliged to supply the whole country with electrical power with a joint and several price structure. SEV is owned by all the municipalities in the Faroe Islands, it was however originally only the municipalities on Streymoy, Eysturoy and Vágar; hence the name SEV. Although SEV was founded in 1946, the first power plant was built already in 1921, this was the hydro power plant Botnur on Suðuroy.

SEV has monopoly on transmission, distribution, and has the role as both TSO/DSO. The power plants are also owned by SEV with the exception of three wind power plants, i.e. around 20% of the total generation capacity.

In 2014, SEV announced the vision to reach a 100% renewable energy production by 2030, and SEV has been working towards this goal ever since. In 2021 the electricity generation was 40% renewable, but with expansions in wind power in 2022, the share of renewable energy is expected to increase, and reach more than 50% in 2023.

A tangible RoadMap for the expansions in generation, storage and transmission has been obtained and the future system stability has been studied throughout a PhD study (Ensuring Supply Reliability and Grid Stability in a 100% Renewable Electricity Sector in the Faroe Islands by Helma Maria Tróndheim, 2022). This RoadMap is shown on Figure 1, and contains the expansions in wind power, transmission capacity, pumped storage, battery systems and photovoltaic power. The roadmap, which is based on local renewable resources and best available technologies and various restriction, like linear reduction in CO2 emission toward 2030, will be updated once a year. Due to new fuel prices and other practical considerations this RoadMap is being updated at the moment. The RoadMap on Figure 1 also includes the planned expansions in ancillary services, i.e. battery systems and synchronous condensers. 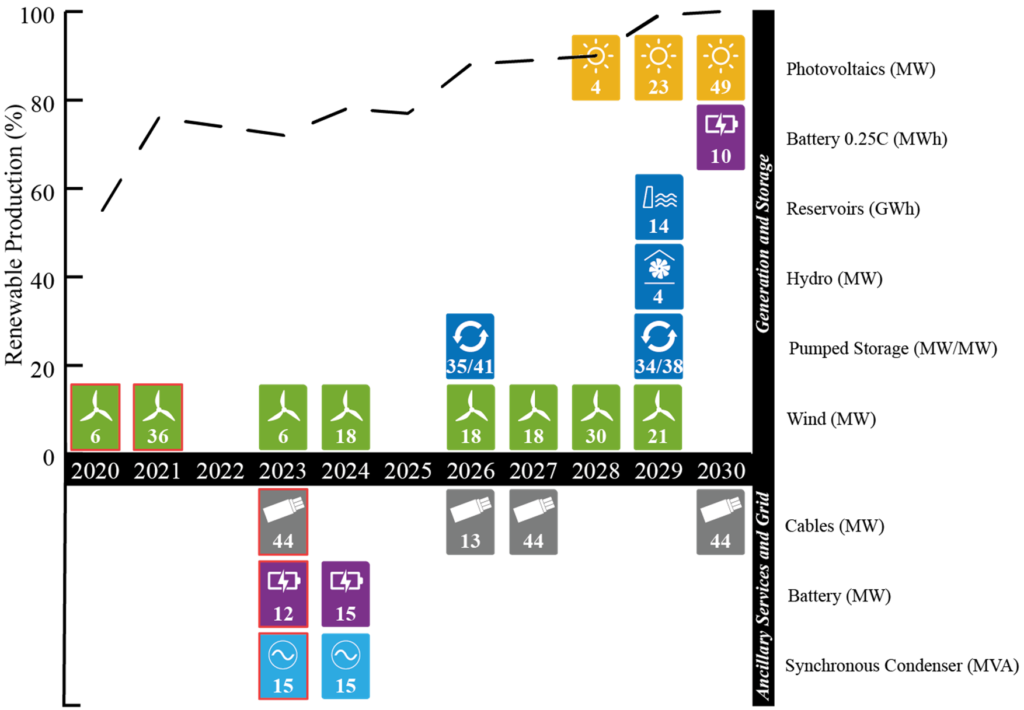 Figure 1 – RoadMap towards 100% renewable generation in 2030 according to PhD thesis and SEV’s plans. Committed projects are marked with a red border.

In order to ensure the power quality and the security of the power system when introducing vast amounts of inverter-based production, a battery system of 12 MW and a synchronous condenser of 15 MVA will be installed at Sund Power plant in the spring 2023 and other batteries and synchronous condensers are planned elsewhere in the main grid in the near future.

100% Instantaneous Inverter-Based Generation in Suðuroy
The most southern island Suðuroy is a hybrid power system with heavy fuel oil, hydro power, wind power and photovoltaics. In addition to this a battery system and synchronous condenser have been installed, so that it is possible to run the system with 100% inverter-based generation whilst ensuring the stability and reliability of the system. 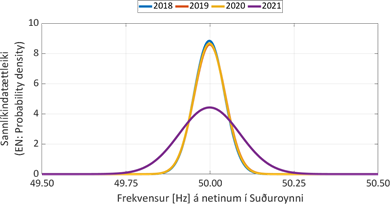 5 Micro Grids
The 5 micro grids (Fugloy, Mykines, Koltur, Skúgvoy and Stóra Dímun) in the Faroe Islands are usually neglected in renewable studies, due to their size, but there are however some ongoing projects to reduce the fuel consumption.

An example can be found in the island of Koltur, where a battery system has recently been installed. This battery system is charged by the diesel generators (20 kW and 8 kW). The running hours of the diesel generators have been reduced from 24 hours daily to 4 hours daily, and since they are now running at a higher efficiency when online, the fuel consumption is expected to decrease. 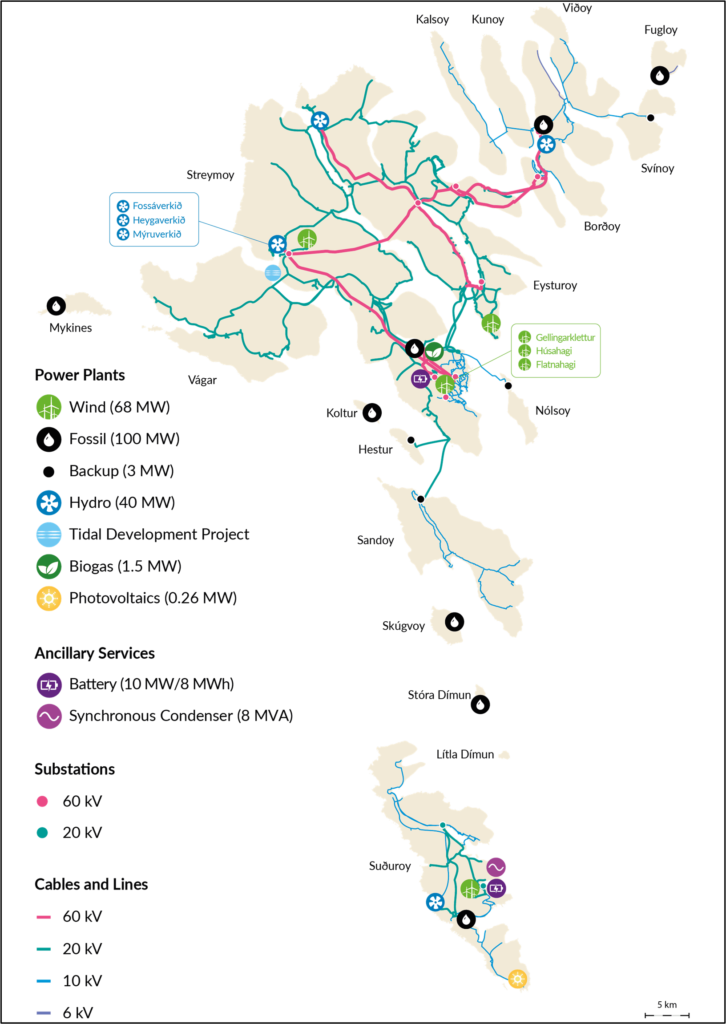