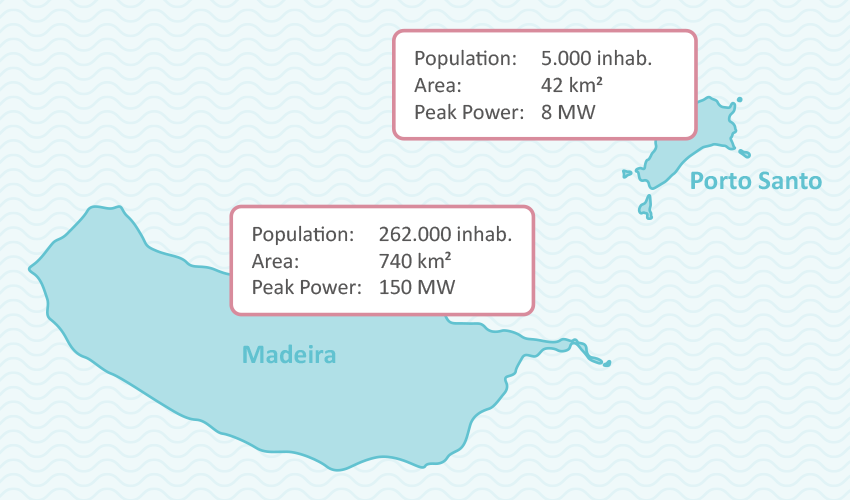 The power system in Madeira is operated by EEM (Empresa de Electricidade da Madeira) and includes a 60kV and 30kV network. Installed capacity is around 290 MW with a peak demand of around 150 MW. The power system of Madeira is not connected to the mainland.

Renewable Energy produces currently around 31 % (see Figure above) of the island consumption.

It is Madeira’s target is to increase the renewable energy share of the production to 50% by 2022. This will be achieved by adding the Calheta III pump storage system (to be finished in 2020) and additional wind (around 25MW) and PV (around 60 MW) power plants. The new pump storage system was designed for variable frequency pumping and synchronous compensation operation.

In addition, to facilitate the integration of more renewable generation in Madeira, the Island grid code was updated, existing hydro power stations have been refurbished to provide more flexible operation and pilot projects including storage and electric cars (feasible for Vehicle to grid operation) have been started up.

The most important step towards archiving 50% renewable penetration level is the new hydroelectric power system Calheta, see the map below: 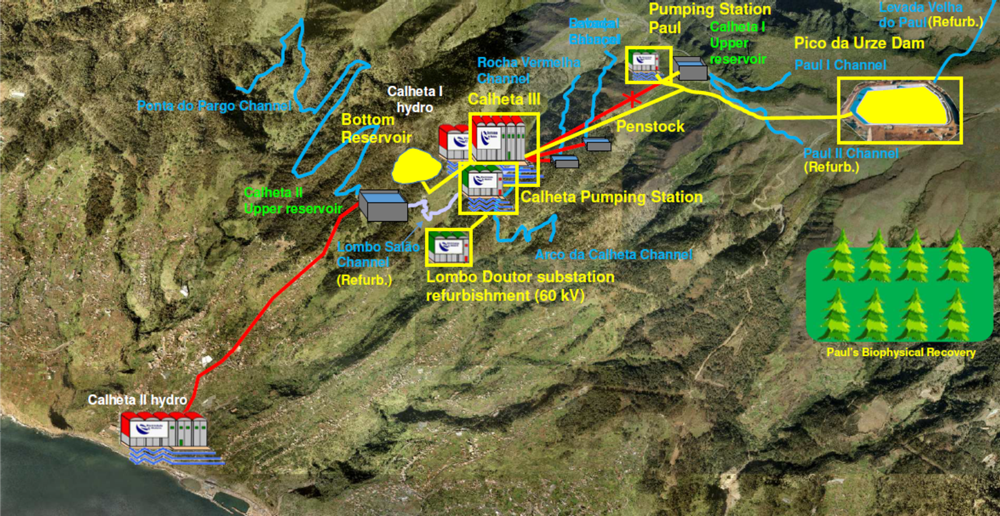 It will have four operation modes:

It will allow a significant increase of VRE and reduce VRE curtailment.

The details of the design of the Calheta hydro system, its impact on the power system operation and first operational experience will be discussed in detailed during the workshop.

In addition, a study trip to the hydro power station might be added to the workshop. 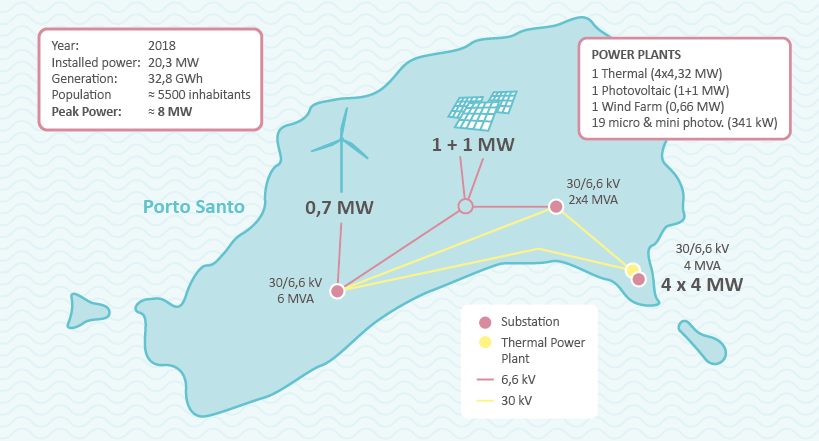